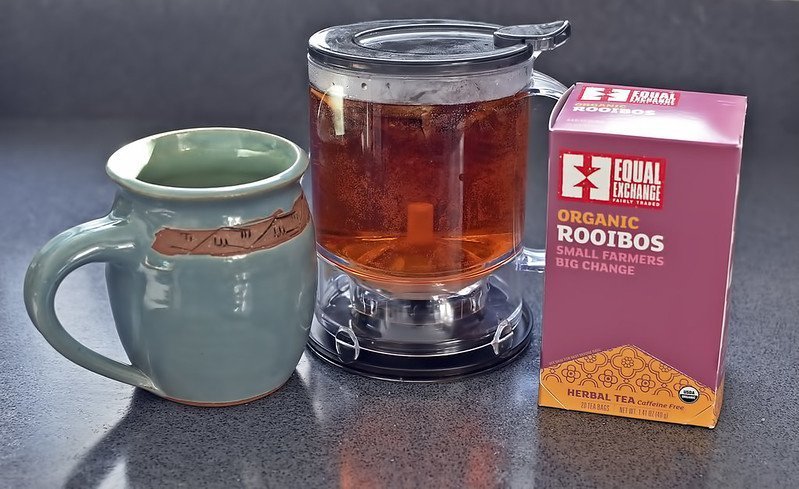 Let’s talk about how to Prevent and Manage Diabetes with Rooibos.

Find out how this amazing medicinal tea from South Africa is making headlines, once again. And the focus is on diabetes, the world’s fastest-growing lifestyle disease. [1]

Prevent and Manage Diabetes with Rooibos

Do you have diabetes, or know someone who does?

Chances are you do.

And do you know what Rooibos tea can do for diabetics? Chances are you don’t.

Or maybe you do. Studies have shown that it’s possible to prevent and manage diabetes with rooibos.

As the popularity of this sweet tasting, aromatic tea grows, so too does the research. And the benefits of drinking Rooibos tea every day will amaze you. Diabetes is only one disease that is counteracted with Rooibos.

I didn’t know how healthy it is. And I have been drinking the stuff pretty much since birth. The more I research it the more amazed I am. Diabetes, cancer, heart disease, weight loss, hormone regulation, the list goes on.

Rooibos, pronounced ROY boss, is also used to treat babies for colic. It’s completely safe for pregnant and lactating moms. It stimulates milk production. It is caffeine-free and low in tannins.

And drinking 6 cups a day will see you benefiting from this antioxidant rich tea.

But before I explain what diabetes is and who is at risk, I want to captivate you with some facts on why Rooibos can do what it does.

Why Can You Prevent and Manage Diabetes with Rooibos?

Rooibos tea gets harvested from Aspalanthus linearis, a plant unique to the Cedarberg region, in South Africa. So it comes as no surprise that the “magic” ingredient is aspalathin.

Along with this compound comes nothofagin, and a long list of flavonoids, that we don’t need to expound on here.

These two powerhouses have an impressive array of anti-oxidative benefits. But the power of the plant lies in the synergy between compounds.

Rooibos tea presents a range of benefits. But isolating only one or two of these compounds often proves less effective than drinking it as a whole.

This does not seem the case with aspalathin.[2]

When it comes to diabetes, studies focus on aspalathin’s effect on blood glucose levels.[3] The results show how effective aspalathin is in stabilizing blood sugar levels. It increases glucose uptake, which means the sugar in the blood stream gets carried and delivered to the right places.

To manage diabetes using Rooibos, studies show that the unfermented, or green, rooibos tea yields far greater levels of aspalathin, once brewed.[4] So it makes sense, if you are diabetic, to opt for the green, unfermented rooibos.

There are also rooibos products in capsule form. This rooibos extract is actually not superior to the plain, brewed tea. And many rooibos studies have come to the same conclusions. That is, Rooibos works better as a whole.

But what is diabetes? Who is at risk? And how does Rooibos reverse damage and prevent future problems?

Here are some facts about this “silent killer”.

Type 2 Diabetes(T2D) is a metabolic disease that affects people who have a problem with insulin, a hormone. Insulin, produced in the pancreas, helps sugar to get where it needs to go. When we become insulin resistant our bodies can’t deliver glucose to its destination.

The excess sugar floats around in our blood stream. And wreaks havoc with other body functions and hormonal reactions.

A paper titled, The Potential of South African Herbal Tisanes, Rooibos and Honeybush in the treatment of Diabetes Mellitus, describes diabetes like this: “T2D is characterized by a dysfunctional carbohydrate, lipid and protein metabolism resulting from a progressively impaired insulin secretion and/or insulin resistance.”[5]

So diabetes is a metabolic disease because it affects the body’s ability to metabolize sugar into energy.

In 2017, the IDF (International Diabetics Federation) Diabetes Atlas 8th Edition, reported that 425 million adults, between 20-79 years old, have diabetes. This number may reach 629 million by 2045.[6]

According to the World Health Organization, in 2014, 1.6 million deaths occurred directly from diabetes. But in 2012, 2.2 million deaths were reported due to high blood sugar.[7]

Half of all cases go undiagnosed, and therefore untreated. Untreated diabetes can lead to serious complications like renal failure, nerve and organ damage and even amputation of limbs!

And did you know that, while 80% of Type 2 Diabetics are overweight, skinny people also suffer from T2D and high blood sugar levels (another cause of diabetes related deaths)?

This phenomena links to another hormonal imbalance in the body, leptin resistance.

And where insulin resistance relates to glucose, leptin resistance is a condition where the hormone, leptin, malfunctions and affects the lipid profiles in the body (fat cells).

Leptin is what tells the brain the stomach is satiated (full). So it is also known as the satiety hormone.

Leptin/Insulin Connection [8] and how drinking Rooibos tea can assist

When leptin is out of whack you can’t tell when you have had enough to eat, so you tend to overindulge. Once you become overweight your chance of developing T2D increases.

But here you don’t need to drink green rooibos. In the case of leptin resistance, drinking even one cup of fermented rooibos is enough to begin lessening the problem. [9]

Rooibos tea contains phenols and flavonoids that can reduce leptin resistance, as well as prevent it from developing. The difference is you get the benefits from fermented rooibos at normal “cup of tea” strength.

So if there’s one reason to change from regular Ceylon (black) tea to regular Rooibos tea, I would say it is to prevent diabetes.

Drinking 6 cups of rooibos a day may prevent not only the pre-diabetic condition (known as insulin resistance), but also leptin resistance. This, in turn, will prevent diabetes related health issues, like high blood sugar (hyperglycemia). And, it should go without saying, skip the sugar in your tea.

Drinking rooibos everyday will maintain stable blood sugar levels, so even people not yet tested will be unintentionally keeping themselves alive. But it is better to live with intention, so get tested to know where you are with your health.

According to the National Diabetes Audit of 2016/17, only around 40% of T2D sufferers are meeting their treatment targets. Treatment targets are things like blood sugar levels, cholesterol and blood pressure.

Who is at risk?

In today’s world, everyone is at risk. So much of our food contains hidden sugar.

Sugar is a killer.

Much focus is being placed on this issue since so many of us drink way too many sodas and energy drinks than need be. Some countries have even started issuing sugar taxes, in an attempt to curb this unhealthy substitute to good old-fashioned water.

Here again, if you replace soft drinks with brewed rooibos or thirst-quenching iced rooibos (sugar-free versions, of course), you will benefit. You can even use rooibos to detox your body if you have been taking in too much sugar and want to reset your body.

What about Type 3 Diabetes? Can Rooibos help?

Type 3 diabetes is a relatively new term used to describe precursors to Alzheimer’s disease. [10] Insulin resistance can cause memory loss and impaired cognition in older people. Again, research shows how effective rooibos tea can be, when taken daily, at the recommended dosage of 6 cups a day.

Three proven facts show that you can prevent and manage diabetes with rooibos.

By correcting these two hormones, leptin and insulin, the chance of developing full-blown T2D is minimized.

Of course, reducing your daily sugar intake should be at the top of the list. No tea or supplement can miraculously override the effects of a daily diet high in sugar.

I hope you have found this short article helpful. Leave a comment and let me know if you have tried Rooibos tea, green or red, and how you use it.